Updates from : The Hindu :

The story of the humble, street-corner Iyengar bakeries, standing proud through decades of shifting culinary trends, is long and heady with nostalgia

As I walk past the Iyengar bakery in Jayanagar IV block, the aroma of freshly-baked bread and the sight of rotund buttery cookies fresh off the oven catch my attention. My resolve is not that steely: I walk in and settle for a piping hot vegetable puff. It is about half-past-three in the afternoon, the crowds swell in, and within a couple of hours, most of their goodies stand sold.

That is the scene at most of the Iyengar bakeries in Bengaluru. To say that these bakeries are an iconic chain of sorts and a brand almost legendary would not be an exaggeration. Having stood the test of time for over a century, these little outlets still continue to enjoy a loyal customer base and have managed to hold their own against the contemporary eating joints. Traditional yet quintessential, these bakeries are as much an integral part of Bengaluru’s eating scene and culture as are innumerable swanky concept cafés, patisseries, bistros and pubs. 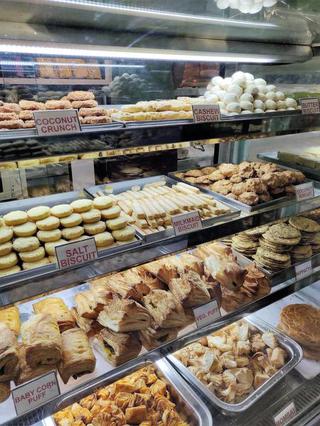 The legacy of the Iyengar bakeries is believed to have been started by HS Thirumalachar, who hailed from Hassan. He established the first Iyengar bakery named BB (Bengaluru Brothers) Bakery way back in 1898, along with his brother. Set up in the bustling Chickpet area, HS Thirumalachar is said to have learnt the art of baking from an Englishman who was a regular visitor at his shop that initially sold only sweets. With the successful formula of delicious bread, buns and biscuits, the bakery grew fast and strong and was renamed Bengaluru Brahmins bakery since the 1970s.

Five of the popular Iyengar bakeries of Bengaluru

This success spawned a migratory movement with several from the Iyengar community in Hassan moving to Bengaluru, learning the craft and setting up their own bakeries. “We are from the ashtagrama villages in Hassan,” says HR Ramaprasad, who runs the renowned 62-year-old Srinivasa Brahmins Bakery (SBB) in Gandhi Bazaar, Bengaluru. It is also believed that the severe drought that hit Hassan district in the 1950s and 1960s necessitated many to move, considering that they could not continue farming. “Government jobs were limited. Hence my father moved into this field,” says Arun of Iyengar’s VB bakery in Saraswathipuram, Mysuru, whose father started the bakery 30 years ago.

Having been in business for 120 years, the USP of Iyengar bakeries is simple: fresh and high-quality products. Most of their products are prepared on a daily basis in the afternoon and are sold till the same time next day. Their typical products include butter, khara (savoury) and coconut biscuits, a variety of puffs, buns, breads and cakes. Their vegetable puffs, potato buns as well as desserts like the sugary sweet honey cakes and dilpasand (a sweet snack filled with coconut, dry fruits and tutti frutti) are drool-worthy.

“We continue to maintain the standard, as we use the best quality ingredients in spite of rising costs,” says Ramaprasad. While the traditional items continue to dominate the shelves, some bakeries have introduced changes to keep up with the times. “We have started retailing pizzas and burgers as this is what the young generation is fond of,” says Venugopal of LJ Bangalore Iyengar’s Bakery, Chennai. 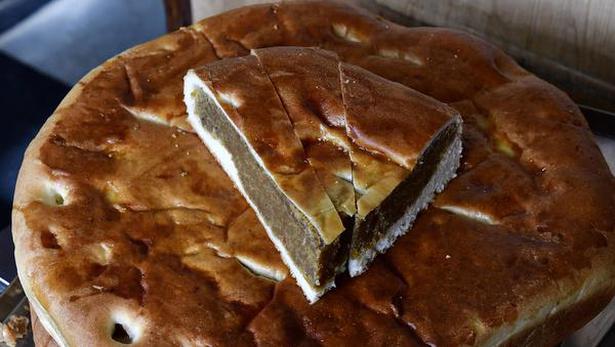 While Bengaluru remains the point of origin, Iyengar bakeries are spread across the southern cities of Mysuru, Hyderabad, Chennai and even Pune. “There are close to 2,000 bakeries in Bengaluru, but not all of them are authentic Iyengar bakeries. Many have mastered the recipes by working in the original bakeries,” says Ramaprasad. He also adds in jest that earlier the trademarknamam applied by Iyengars on their forehead was a differentiating factor, but now the younger Iyengars prefer not to sport one. As an answer to this, Iyengars’ Bakery in Austin town, Bangalore have patented their brand name. They are one of the very few bakeries to get such a patent .

According to Arun, the number of original Iyengar bakeries in Mysuru could be just 10, while Venugopal pegs the number in Chennai as under 25. Pune and Hyderabad too have close to 100-150 bakeries each, with the prefix ‘Iyengar’. On speaking to many of them, I realise that most of the owners are from Hassan and follow the traditional recipes from Bengaluru.